The need for a cancer drug with no or low toxicity is essential for the advancement of healthcare. HAMLET does not damage or attack healthy cells and has not shown toxicity to healthy tissues in animal models or in clinical trials (Generally Regarded As Safe). Alpha1H, a synthetic Hamlet molecule component, attacks only tumour tissues with a high degree of selectivity. Alpha1H, as a cancer second-generation drug, has so far demonstrated high efficacy in clinical studies and animal models.

The discovery of HAMLET signifies a new type of cancer-inducing molecule not previously described. Further analyses of the second-generation drug Alpha1H were able to reveal unexpected discoveries creating new knowledge about the conditions of life and health.

Hamlet Pharma will be conducting scheduled phase I/phase II studies with Alpha1H on bladder cancer, one of the most difficult and common cancers. The study aims to provide a solid foundation in the process of making Alpha1H a registered drug. This may require the cooperation of major pharmaceutical companies.

Hamlet Pharma has a strong board with experience in cancer research and drug development at the national and international level. The company is supported by a strong network of advisors/consultants in matters concerning legal and regulatory issues, immaterial rights, toxicology, clinical study organization, auditing, and finance. Through scientific collaborations, the company engages the best national and international expertise in the field.

Intellectual property rights include more than thirty-five patents for the manufacturing and use of HAMLET as well as the second-generation drug Alpha1H of the HAMLET molecule. Patents have been granted in the United States, Europe, Asia, and Australia and are valid until 2031. 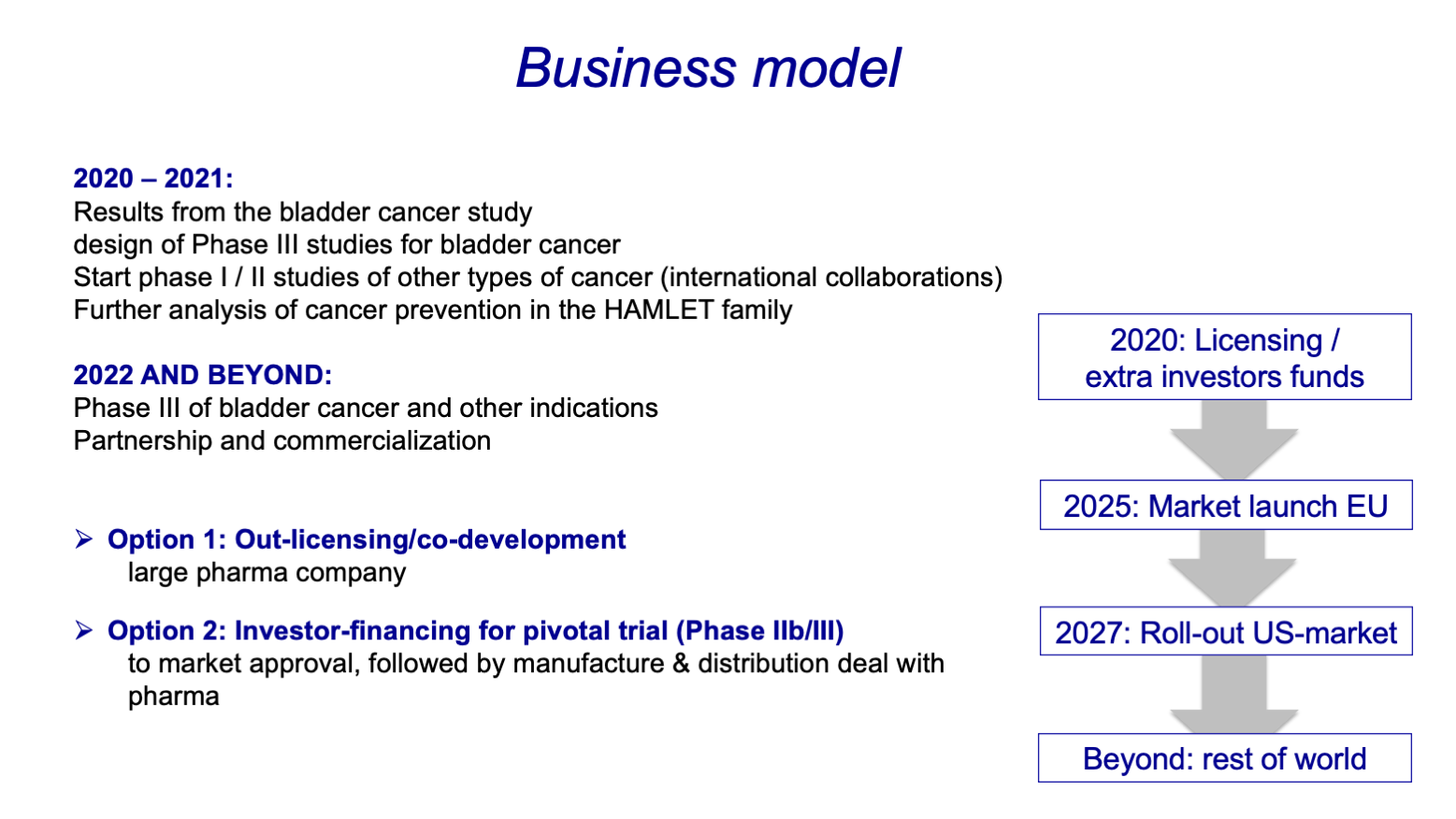